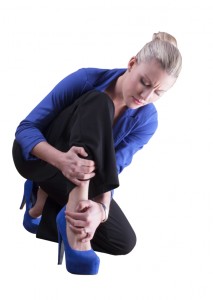 I’ve been watching the media streams lately on the debate about high heels, touched off by the incident at Cannes where several women were turned away from red carpets because they were wearing (gasp!) flat shoes. There has since been a storm on Twitter about boycotting the red carpet, or wearing flats in protest and it’s caused me to seek out a number of really great articles on the history of high heels, the politics of high heels and how heels work for and against women in today’s society.

My personal take on the issue is that, aesthetically speaking, I love beautiful heels, though my favourites are the ‘not too high, not too low’ ones. I love the way they look, the sass and sense of power and ‘dressed-up-ness’ they give my outfits. All of the choices in colour, heel type, heel height and details make my eyes swim when I’m out and about with clients or on my own and when I see a particularly ‘well-heeled’ woman, I notice how ‘finished’ I perceive her outfit to be and how professional. Artistically speaking, things like the Bata Shoe Museum and some of the crazier examples of ‘art shoes’ can be really fun and act as a platform (pun intended) for all kinds of self-expression.

Practically speaking, I hate them. Well, ‘hate’ might be a bit strong, perhaps ‘I accept I will have pain to look terrific when I wear these’ would be more accurate. Even my most ‘comfortable’ high heels, usually wedges of some kind or platforms, wreak havoc on my poor feet and toes, requiring foot rolling, extra yoga toes stretches and sometimes icing and rest. I also like to wear my nubby Birkenstock foot massaging sandals in my off time, not only for the recovery aspect but also to stimulate all those fun reflexology points in my feet. I don’t like what they do to my feet, back and legs physically, and yet I will still occasionally wear them to have that feeling of swagger, in spite of the pain. It’s a bit like my relationship to candy. It’s short term gain for long term pain and I wonder sometimes why I’m still making that trade-off.

In many ways, heels destroy women’s ability to move in both the short and long term and can even affect their personal safety. How many of us have considered how quickly we can move before choosing to wear heels out at night? How many times have we seen women teetering down the street in heels they clearly can’t walk in (and possibly no one could really walk in, Sex and the City running jaunts notwithstanding)? Even the models who are professional walkers can’t walk in some of the shoes that designers (oddly enough, frequently male) create for them. And why are heels only really seen on women and if they are so great, why aren’t men still wearing them?

Historically and politically, heels were originally mostly the province of men (some say they evolved from the need to control the stirrup when riding horses) and wearing them signified social class and gave the wearer power and status. We’ve always gone for height in leadership and even artificial height was considered desirable. Interestingly enough, one of the first documented female high heel wearers in Europe was Queen Elizabeth I, perhaps playing into a male-dominated power dynamic. On the flip side, some say they evolved from early chopines (platforms) that were worn by prostitutes to “raise them above their competitors and give them a sensual gait.”  Either way, heels seemed to signify power, whether showing male dominance or female sexuality and the more elaborate and high the heel, the better.

Things started to change as early as the 1600s, when more practical footwear for men began to emerge and then flats crept in over the next two hundred years to women’s fashion as well, particularly around the rejection of royalty and the symbolism of the high heel. After a period of almost all flats, the heel crept back into vogue around the mid 1800s and seemed to be moving exclusively towards women’s wear. The frivolity and fashion of heels became less associated with power and was seen as more superficial or even silly – definitely not the province of powerful men. Aside from a few blips along the way (disco shoes), heels have largely faded from men’s repertoire (except for the cowboys) and now that they are seen as feminine in nature, they are even sometimes derided when worn to artificially increase a man’s height.

With the advent of the court shoe or modern pump and the stiletto, it seems as though women sought to gain back the expression of power through a ‘killer heel’. In some ways, the heel does feel powerful, does provide that ‘sensual gait’ and draws attention to the hips, butt, and legs. Unfortunately, aside from the power dividend inherent in height, it’s primarily sexual in nature, which many have argued undermines a woman’s credibility. Women walk a fine line in terms of their sexual expression, being held to a standard that says ‘Be sexy, but not too sexy’, especially in the workplace. A very high heel with its associations to prostitution and porn and other objectification of women can actually work against women who seek power in today’s society. I don’t love what that says about women claiming dominion over their own bodies and sexual expression and would like to see that change, and at the same time, I tend to fall into the camp that says we need to do a little working within the system, drawing attention to its flaws, before we can step straight outside it and be seen as who we are, rather than for our shoe choices.

I’m personally grateful that we currently reside in a society that, at least on the surface, gives women and men choices about what they wear (thanks feminism!). Would I like to see a world where what a woman or man chooses to wear has no impact on how they’re treated or perceived? Sure, I could probably find another profession. Do I think it’s likely that all of our surface choices will ever not have an impact? No. So, in the meantime, I continue to ponder the meaning of high heels, help clients make the choices that suit them best and continue to mostly wear flats.

I’d love to hear from you on this issue – do you love, hate, tolerate or rail against heels?