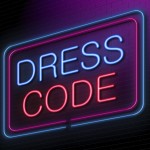 Are dress codes in school outdated or necessary?

Alexi Halket is in the media these days as she protests being sent home for wearing a crop top to school, an item which the administration stated violated the school’s dress code. To be clear, the crop top wasn’t just cropped, it did in fact look more like a sports bra than some other fashionable crop tops (that might frankly be a better choice for a more professional environment).

In her interview with MTV, she explains why this is part of a larger issue, involving slut-shaming, the gender bias of dress codes and the sexualization of women’s bodies. She claims that what she wears has no impact on her ability to learn and that sending girls home for wearing things that show their skin sends the wrong message, that ‘covering up’ is more important than their education. She also states that if women show their skin, it shouldn’t invite sexualization.

While I agree that there is inherent gender bias in dress codes and that women do tend to be unfairly targeted and sexualized more than men, I disagree that one should be able to show up in whatever feels comfortable wearing, without considering the environment one is entering. Since the dawn of time, kids have been protesting dress codes and adults have been holding the line. As we age, we tend to pay more attention to social expectations and while these ‘norms’ do change over time (one woman speaking on the debate mentioned the requirement of women to wear skirts in professional settings and how that changed in the 70s to allow them to wear pants), the reaction to different levels of skin exposure seems to remain fairly constant. People seem fine with skin at the beach and outside of work, and less fine with it in the workplace or academic setting. Generally speaking, more coverage equals more professional, for both genders. It’s unfortunate that fashion doesn’t serve women very well when it produces clothing that offers huge exposure and calls it trendy.

Unfortunately, Ms. Halket’s assertion that her clothing has no impact on her ability to learn is a bit of a misconception; studies are starting to show the biological link between what we wear and how we think. Dr. Adam Galinsky of Northwestern University published the results of his study on enclothed cognition in 2012, which explored the intersection between the meaning we give clothing and the effect on the wearer. In a nutshell, the experiment involved lab coats. Participants were first given a test, then dressed in lab coats and given the test again and they consistently scored higher on the tests when they wore the coats. Interestingly enough, they only scored higher if the lab coat was associated with ‘smart people’, such as doctors or scientists. Anecdotal evidence gathered from other sources on measuring workplace performance in business clothing vs. casual clothing seems to indicate higher performance and better productivity when people are dressed more professionally. Just Google “research professional dress higher performance” and there are scores of scholarly material to explore. Our bodies and minds definitely respond to what we wear, in ways we don’t yet fully understand. To assert that what we wear has nothing to do with how we perform simply isn’t true. 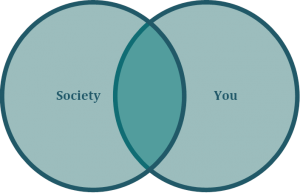 One doesn’t function well without consideration of the other, but neither is mutually exclusive. The crop top proponents take it too far into the ‘You’ bubble and the dress code proponents take it too far into the ‘Society’ bubble. Sure, we can rewire the ‘norms’, but I can tell you from direct experience in giving presentations on the biology inherent in image and perception, we have stereotypical perceptions of what certain people wear when they’re playing certain roles. Sporty crop top on the beach or at the gym, more coverage in professional settings.

I’m glad these incidents are spurring discussion of gender roles and sexualization of young women and that these young kids are thinking critically about what the dress codes mean and why they’re in place; I’ll be curious to see if they can reach a middle ground. What do you think? Crop tops in school or not?